Why do adult men collect toys?

Chances are, you’ve been in a toy store and wondered what in the hell are full-grown adult men (without kids) doing here? Being a toy collector, one of the biggest questions I’m always asked is: why do adult men collect toys?

I have my personal reasons. But I did a little research as to why adult men do collect toys.

ARE WE ALL COLLECTORS?

To some degree, there’s a collector inside each of us.

It is said collecting has been a thing since the caveman era. Our forebears have been collecting all kinds of things such as food, rocks, leaves, what have you. It’s what archaeologists have been discovering in their digs and what historians have been writing in books all over the world. The evidence is there. Therefore, collecting isn’t a modern phenomenon.

What scientists argue is it’s a behavior that is embedded in our DNA. Besides, there are actually different kinds of collectors all over the world. From coins and currency, comic books, classic cars, fine art, pop culture memorabilia, stamps, vinyl records, wine – heck, even packaging labels of various products. What I’m saying is, we all collect to some degree.

I stumbled upon material from a book published in 1993 by German-born American psychoanalyst Werner Muensterberger. According to his book Unruly Passion he believes collecting to be a “need-driven compensatory behavior where every new object effectively gives the notion of fantasized omnipotence.”

“Collecting is a need-driven compensatory behavior where every new object effectively gives the notion of fantasized omnipotence.”

I am by no means a scientific expert on anything, but from what I infer from that line is that we collectors (or toy collectors, in this context) feel a sense of superiority every time we obtain a new piece in an attempt to cover up a feeling of insecurity or inferiority.

I may beg to disagree but he may be right in some sense. However, I prefer a much nicer interpretation: collecting is simply a sense of achievement.

It’s not a reason to brag or anything. It’s just a personal sense of self-fulfillment because of how a particular object conjure up memories of events or evoke feelings that have happened earlier in our lives.

So why do we collect toys?

Now let’s limit the discussion to toys. I don’t believe that there’s one quintessential word or phrase to encompass the reason why adult men collect toys.  But ask any collector out there and he/she would tell you a few things and most of what will be said will generally fall into these reasons (in no particular order): Errmm. I’m not talking about this kind of ‘aesthetics’

Some collectors love how particular toy lines/brands come up with the designs of their products. Or it could be the plain accuracy to the TV show that the toy represents. There are also some people who like a toy because of the person (designer) behind the concept and execution. Or simply put, because the toy simply just looks cool.

Of course, our perception of aesthetics is relative. What may be aesthetically-pleasing to me may not be the same for someone else and that’s the reality of it.

This can be simply defined as a sentimental longing for the past. Collectors often have good memories because they remember the moment they had with the toys that represent their childhood. 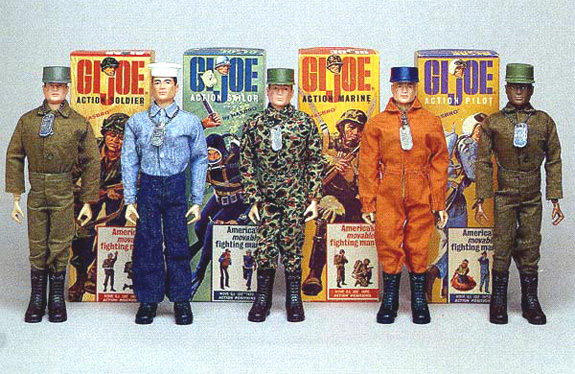 For instance, I was already older than most people when Transformers came out. But I simply loved the show and the political undertones it carried. I love how the plot writers came up with the entire back story based on the idea of two factions that have completely different ideals but practically the same end. A battle between the new world order and the status quo.

Someone who grew up reading Marvel or DC comics would buy their favorite characters’ action figures because it helps them connect with the past. Or someone who was awestruck with when Star Wars came out would immediately fall in love with the coolness of the different characters.

Many collectors would also say that they wanted to collect figures as a child, but we were not born equally and our beloved parents would not let us have it all. So the frustration carried on and you’ll get the I couldn’t afford it when I was younger that’s why I’m picking up on it now spiel. Safe to say, it’s the statement that practically every wife hates. Hahaha!

B.Toys donate a portion of Critter Catcher sales to WE Villages to improve health and education in developing countries.

There are toys that are specifically meant as a device to donate to certain charities or causes. You can check some of them here.

Major toy companies and manufacturers also have an active corporate social responsibility program. As such, people who want to pledge their support while doing their hobby can do so by supporting these toy companies’ products.

Hasbro has their own CSR that you can read about here. Takara Tomy and Mattel also have their own CSR initiatives, too. I guess it’s a great way to feel a little bit better about collecting, isn’t it? Hehehe!

4. Thrill of the Hunt

Yeah, it was this guy.

Collecting toys is nothing like buying products that periodically release a new model such as a smartphone or laptop. While toy companies have tons of gimmicks (and weird reasons) to come up with a new toy line every season, there simply are certain toys that may be out in the market today but they can be gone for good the next.

Or certain toys only come out in specific events or regional markets, mostly in limited quantities. Exclusivity is the operative word here and it is what excites many collectors. One such example is the original Star Wars rocket-firing Boba Fett that sold for a whopping US$27,000 (roughly Php 1.5 million in 2018 money) for a little plastic fig because the manufacturer (Kenner) never made a rocket-firing one ever again.

Masao-san has over 5,000 Hello Kitty memorabilia.

Some people tend to see a reflection of themselves in certain characters, so, they buy their toys to represent that fact. For instance, some guys identify with the morally-uprightness of Optimus Prime or the Machiavellian methods of Megatron. Some others sympathized with the life of Anakin Skywalker and appreciated his cold yet deeply embattled persona as Darth Vader.

Or you could be like Masao Gunji who is the World Record Holder for the largest Hello Kitty Collection in the world simply because Sanrio’s lovable kawaii kitty represents happiness for him despite it being mostly identified with a girl fanbase.

Some individuals with entrepreneurial spirits see opportunities in toy collecting. I know of many brick and mortar (or more recently, online) stores that had their humble roots as a side business by the owner who is a collector himself.

One such individual is King del Mundo. He’s a Filipino toy collector and civil engineer based in Hong Kong. Toy collecting isn’t a cheap hobby. So he turned his hobby into a sustainable venture by making available hard-to-find pieces at a reasonable price to Filipino customers.

“The Big Boys are now big time!” says one commenter.

Another collector(s)-turned-businessman(men) is Big Boys Toy Store owned by a group of friends who are avid toy collectors that turned their passion into one of the more successful toy chains in the country.

Toy lines like Lego or Tamiya model kits allow for creative exploration and expression among collectors. Of course, that person would need to collect multiple sets in order to exercise translating their ideas and imagination into a realistic, tangible representations. Or one could simply customize toys as they see fit.

One guy I know of is Danielgogeta, a local toy collecting bigwig, who likes to create dioramas while customizing his toys and turning reviews into engaging pictorial comics that surely catch readers’ attention. An engineer and designer by trade, he was also popular for his massive Zoids customs that he created out of a smorgasbord of various parts from different playsets.

With that said, I know every wife, girlfriend, mother or whoever who questioned some guy about his toy addiction definitely rationalized his hobby in creative ways such as: better toys than mess around with women or better toys than drugs.

It’s true. It’s probably a kind of addiction that never hurt anyone UNLESS someone prioritized financial well-being or personal health over toys.

Or I’m sure you’ve heard toy collectors say that he can look at the toy all day long or stay inside a toy store for years and not get bored. IT’S TRUE!

Toys may have monetary value attached to it but at the end of the day, the benefit of collecting is more emotional than material. We just simply enjoy the bond that these plastic action figures bring to people who practically do not know each other. It’s a hobby filled with never-ending fun!

While many people may not understand the value of toy collecting, what’s important is we learn to respect it.

I’m a businessman and investor based in Manila, Philippines. I collect classic European cars.

Learning from Lamar: an inspiring story